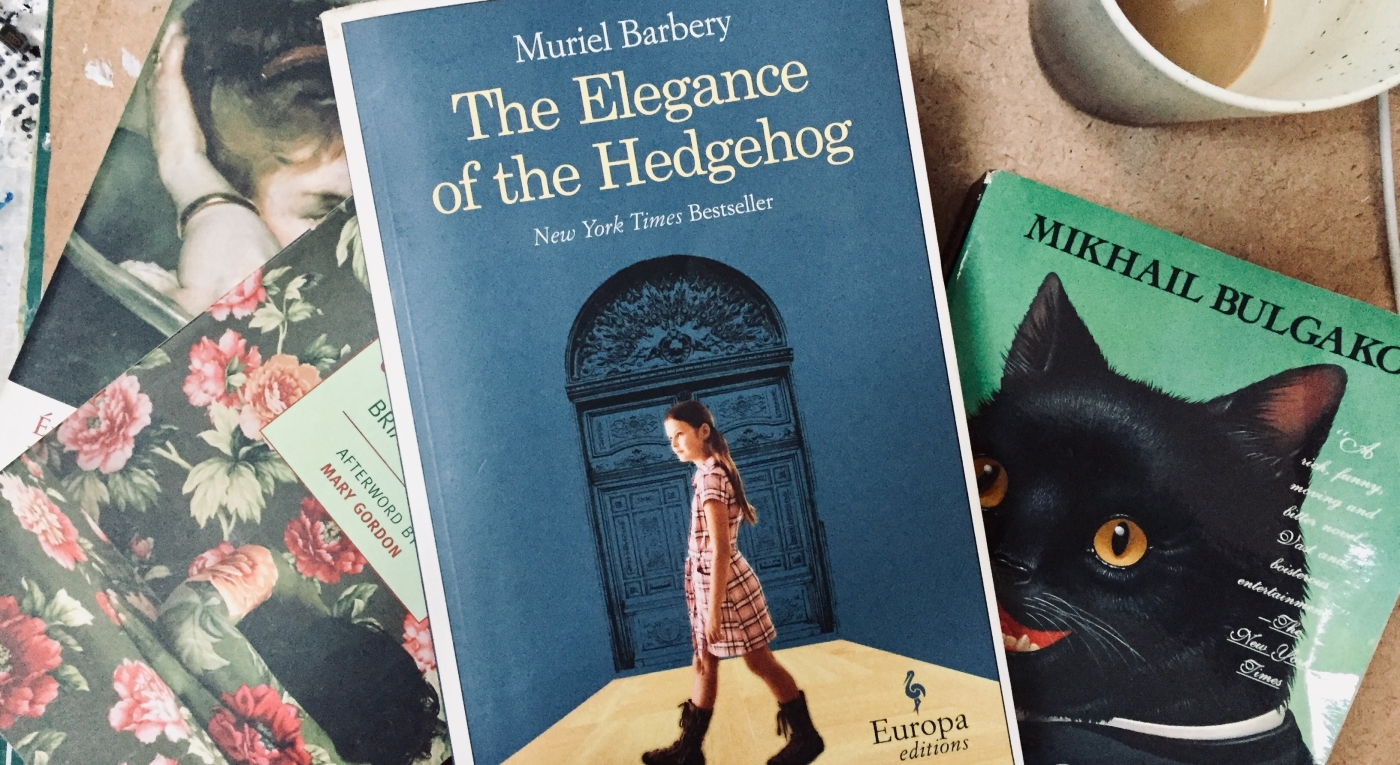 “I have finally concluded, maybe that’s what life is about: there’s a lot of despair, but also the odd moment of beauty, where time is no longer the same. It’s as if those strains of music created a sort of interlude in time, something suspended, an elsewhere that had come to us, an always within never. Yes, that’s it, an always within never.”

Muriel Barbery, ‘The Elegance of the Hedgehog”

The book follows two main characters, Renée Michel, a 54-year old widowed concierge who has never been to college and she considers herself ‘short, ugly, and chubby’. But Renée is far from a boring old woman. She is self-taught and she reads Immanuel Kant, a big fan of Leo Tolstoy, and adores 17th-century Dutch paintings. She also enjoys Japanese art-house films by Yazujirō Ozu. Renée has a brilliant mind and she tries her whole life concealing this from everybody, especially to the upper-middle-class residents of 7 Rue de Granelle, where she’s worked for the past 27 years.

The second character is Paloma Josse, a 12-year old genius who cannot stand her family. Paloma, her parents, and her sister Colombe live on the fifth floor in 7 Rue de Granelle. Like Renee, Paloma hides her intelligence to avoid exclusions at her school. Observing her privileged family and people around her, she feels that life is meaningless and decides to commit suicide on her thirteenth birthday.

Although both Renée and Paloma are interested in philosophy and literature, they never really discover each other until later in the book. Paloma suspected Renée’s intelligence when she accidentally saw a Vrin book – a publisher which specialised in philosophy book for university – in Renée’s bag one day (a spoiled resident kid bumped into her and knocked over her grocery bag).

Paloma shares this suspicion with Kakuro Ozu, a cultured and kindhearted Japanese businessman who just moved into the building.

I’ve had my own suspicions on the matter for a while now too. From a distance, she’s a real concierge. Close up… well, close up… there’s something weird going on. (…) She radiates intelligence. And yet she really makes an effort, like, you can tell she is doing everything she possibly can to act like a concierge and come across as stupid. But I’ve been watching her, when she would talk with Jean Arthens or when she talks to Neptune when Diane has her back turned, or when she looks at the ladies in the building who walk right by her without saying hello. Madame Michel has the elegance of the hedgehog: on the outside, she’s covered in quills, a real fortress, but my gut feeling is that on the inside, she has the same simple refinement as the hedgehog: a deceptively indolent little creature, fiercely solitary – and terribly elegant.

Kakuro the new tenant, who is a foreigner in Paris, does things like no other residents. He crosses social boundaries by giving Renée a Tolstoy book to test her reaction (he planned this with Paloma). Then he invites her to dinner in his flat where they talk a lot about music, literature and art. Being a working-class her whole life, and avoiding rich people as best as she could, Renée couldn’t help but feels afraid for her new friendship. Kakuro also befriends Paloma, and for the first time ever, the brilliant girl feels that someone is actually listening to her.

In the book, the chapters changed interchangeably between Renée thoughts and Paloma’s journal. The chapters feel like a mini-essay to me. You can read each on its own and it still gives you a meaningful message. I particularly enjoyed Paloma’s entries in her ‘Profound Thought’ journal. She was looking for the meaning of life, finding reasons to stay in this world and in her journey in documenting her ‘last days’ on earth, Paloma is trying to grasp the meaning of beauty.

In entry no.10 “Grammar. A stratum of consciousness leading to beauty”, Paloma wrote an incident in her French class taught by Madame Fine. When one of the pupils asked “what’s the point of grammar?”, Madame Fine replied with a long sigh, “The point is to make us speak and write well.”. To this, Paloma objected almost reflexively, “Not at all! That’s simplistic!”

Personally, I think that grammar is a way to attain beauty. When you speak, or read, or write, you can tell if you’ve said or read or written a fine sentence. You can recognize a well-turned phrase or an elegant style. But when you are applying the rules of grammar skillfully, you ascend to another level of the beauty of language. When you use grammar you feel back the layers, to see how it is all put together, see it quite naked, in a way. And that’s where it becomes wonderful, because you say to yourself, “Look how well-made this is, how well-constructed it is! How solid and ingenious, rich and subtle!”

Renée, on the other hand, gives us her philosophical explanations in why art, literature, and sipping your afternoon tea while watching a film is important for our survival.

Like any form of Art, literature’s mission is to make the fulfilment of our essential duties more bearable. For a creature like man, who must forge his destiny by means of thoughts and reflexivity, the knowledge gained from this will perforce be unbearably lucid. We know that we are beasts who have this weapon for survival, and that we are not gods creating a world with our own thoughts, and something has to make our own wisdom bearable, something has to save us from the woeful eternal fever of biological destiny.

therefore, we have invented Art: our animal selves have devised another way to ensure the survival of our species.

Barbery, a professor in philosophy, admitted that she had followed a long boring course of studies in philosophy.

I expected it to help me understand better that which surrounds me: but it didn’t work out that way. Literature has taught me more.

So she anchored philosophy to a story, to illuminate how philosophy can affect one’s life. In doing so, she gave us readers a philosophy course we can enjoy through Renée and Paloma’s stories. In my first reading, I feel that I missed some points or ideas, but this is the kind of book you can read again and again and every time you do so, you enrich yourself.

Philosophical literature is a hit and miss with me. I enjoyed some of them (Damian by Hesse, Lord of the Flies by Golding, Brave New World by Huxley) and could not finish some (Sophie’s World by Gaarder), but there’s always something ‘grand’ in these books. I don’t think I have enjoyed philosophical literature in such a calm setting like in ‘The Elegance of the Hedgehog’. The ideas are not ‘life-changing’ but it’s beautiful in its simplicity. I think something simple – the way you see the meaning of life in a beauty of a tree, a cup of hot tea, grammar, the summer rain – can actually have a bigger impact in your life than grand ideas.

“When tea becomes ritual, it takes its place at the heart of our ability to see greatness in small things. Where is beauty to be found? In great things that, like everything else, are doomed to die, or in small things that aspire to nothing, yet know how to set a jewel of infinity in a single moment?”

Muriel Barbery, The Elegance of the Hedgehog

This edition is published by Europa Editions, 2008.

2 thoughts on “Book review: ‘The Elegance of the Hedgehog’ by Muriel Barbery”